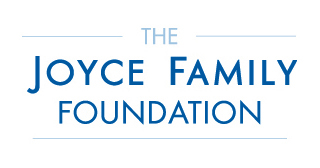 CNIB thanks the Joyce Family Foundation for their incredible donation of 18 needs-based bursaries for Canadian undergraduate students with sight loss.

Since 2016, the Joyce Family Foundation has donated bursaries to 16 students who are blind or partially sighted, in addition to the 18 who will now benefit from the organization's generosity. Some of the schools students have attended thanks to their support include Sheridan College, Algonquin College, the University of Ottawa, Saskatchewan Polytech's Business Information Systems, and Grande Prairie Regional College.

Over the next three years, these bursaries will play an important role in making post-secondary education more accessible and affordable to students with sight loss in Canada. Each award will help a student overcome a financial barrier, whether the cost of tuition itself or adaptive technology to help level the playing field in the classroom – including iPads with magnification software, CCTVs, and more.

Thank you, Joyce Family Foundation, for changing what it is to be blind for so many students.

CNIB announces Measha Brueggergosman as new brand ambassador
July 25, 2022
NOVA SCOTIA, July 25, 2022 – CNIB, Canada’s largest non-profit supporting people who are blind or partially sighted, announced today that Canadian opera singer and concert artist Measha Brueggergosman will become the organization’s newest official brand ambassador.
Mohawk College – Accessible Media Production program suspension
June 16, 2022
Mohawk College suspended its Accessible Media Production (AMP) program for Fall 2022 due to not meeting targeted enrollment numbers. Dr. Mahadeo Sukhai, Vice-President, Research and International Affairs and Chief Accessibility Officer at CNIB has penned a letter to the President of Mohawk College, Ron J. McKerlie, in response to the announcement.
Deloitte Canada Donates Smartphones to CNIB’s Phone It Forward Program
June 08, 2022
CNIB is pleased to announce that Deloitte Canada has generously donated 300 smartphones to our Phone It Forward program. This incredible donation will support and empower people with sight loss across Canada to live more active, independent lives.
The Government of British Columbia announces new funding for Deafblind services across the province
June 01, 2022
CNIB Deafblind Community Services is thrilled to share that in honour of National Deafblind Awareness Month, the Government of British Columbia has announced that they will be providing dedicated funding for intervenor services to support British Columbians who are Deafblind.
Canadian Congress on Disability Inclusion (CCDI)
June 01, 2022
On May 26 and 27, 2022, CNIB participated in the Government of Canada’s first annual Canadian Congress on Disability Inclusion (CCDI) in advance of nationwide celebrations for National Accessibility Awareness Week. The virtual, two-day event was opened by the Minister of Employment, Workforce Development and Disability Inclusion, Carla Qualtrough, who spoke about the realities and experiences of persons with disabilities today, and the work ahead to realize disability inclusion in Canada. Angela Bonfanti, Acting President and CEO of CNIB, participated in a virtual panel discussion on Inclusive Services in Rural and Remote Communities.
END_OF_DOCUMENT_TOKEN_TO_BE_REPLACED