When Marilyn Rushton retired from a 15-year teaching career, she decided to commit to learning a variety of new activities, including how to use an iPad. 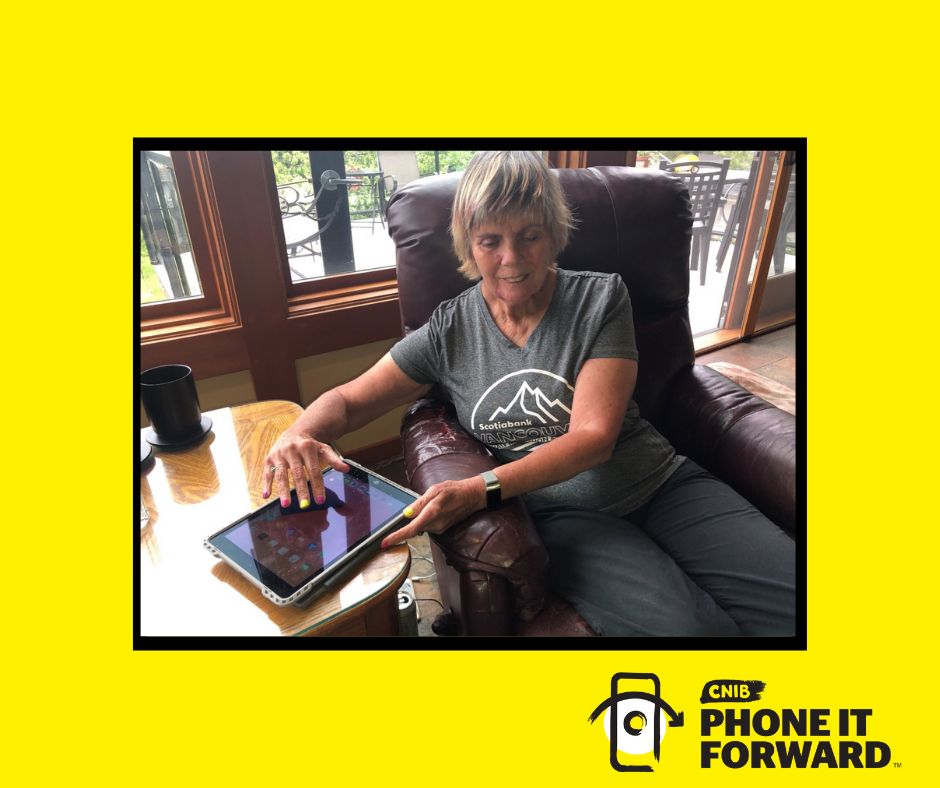 “I had played around with an iPad before… but it seemed way too complicated and intimidating to me, and I eventually gave up,” says Marilyn.

That all changed in 2020 when Marilyn received a donated iPad and technical training through CNIB’s Phone it Forward program.

“Alfredo del Arenal (a CNIB technology program lead) has been so helpful with training. Once I understood the basic layout of the iPad, I was able to understand the nitty-gritty of it,” says Marilyn. “It was like the missing puzzle piece was filled. Given all of my frustrations with an iPad in the past, I can honestly say that I wouldn’t have purchased one if the training wasn't provided to me.”

Marilyn says it took a lot of practice with one-on-one and group training to really understand how to use an iPad.

“I really appreciate all of the technology workshops CNIB runs,” she adds.

Marilyn hopes to pass along her knowledge and training by volunteering with CNIB as a Tech Mate.

“When the program was announced, I decided it was time to learn the iPad functions so that I could use my teaching background to help others learn as well,” she says. “I’m still learning, but I know that once I have it down, I can continue to make a difference by teaching others who are in the same place as I was. There are so many advantages for people who get an iPad or smartphone – this program can open doors for people.”