Receiving a Smartphone from Phone It Forward

In September, we formally unveiled Phone It Forward – a new program that gives Canadians a unique opportunity to donate their old smartphones, receive a tax receipt, and empower people who are blind. 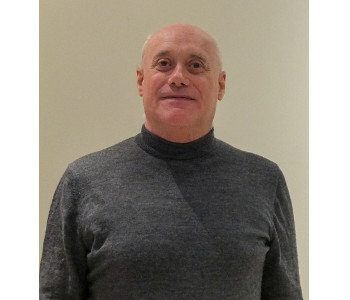 Scott Seiler dreamed of owning a smartphone, but the cost, and lack of hands-on training, was a barrier.

As someone who had never sent a text message, Scott says he felt disconnected from the outside world. He longed for something that would allow him to connect with people without having to rely on memorizing multiple phone numbers.

Slightly nervous about learning how to send text messages, he was shocked at how easy the process is.

"I thought I was going to have to press all kinds of buttons to type out a message, but I just talked to Siri," says Scott. "Getting the smartphone is one piece of the puzzle – having access to training is key. I'm in my late fifties; I didn't grow up accustomed to this stuff."

Now, he's learning how to use the built-in voiceover technology to help stay connected with family and friends.

"Getting this technology and the apps loaded on the smartphone by someone who knows what they are doing is what makes this program so great," says Scott. "I know I wouldn't be able to access this technology without the support of the CNIB Foundation."

Scott says his smartphone has given him peace of mind. He is continuing to learn how to use the device and hopes to become proficient.

"Anyone can pick up a newspaper or read a book for that matter – I'm not able to do that," says Scott. "It's a big deal to be able to find information and stay connected with a handheld device."

Visit phoneitforward.ca to donate your smartphone and change the life of someone who is blind.