Stop! You're breaking the law when you turn me and my guide dog away | CNIB Skip to main content

Stop! You're breaking the law when you turn me and my guide dog away 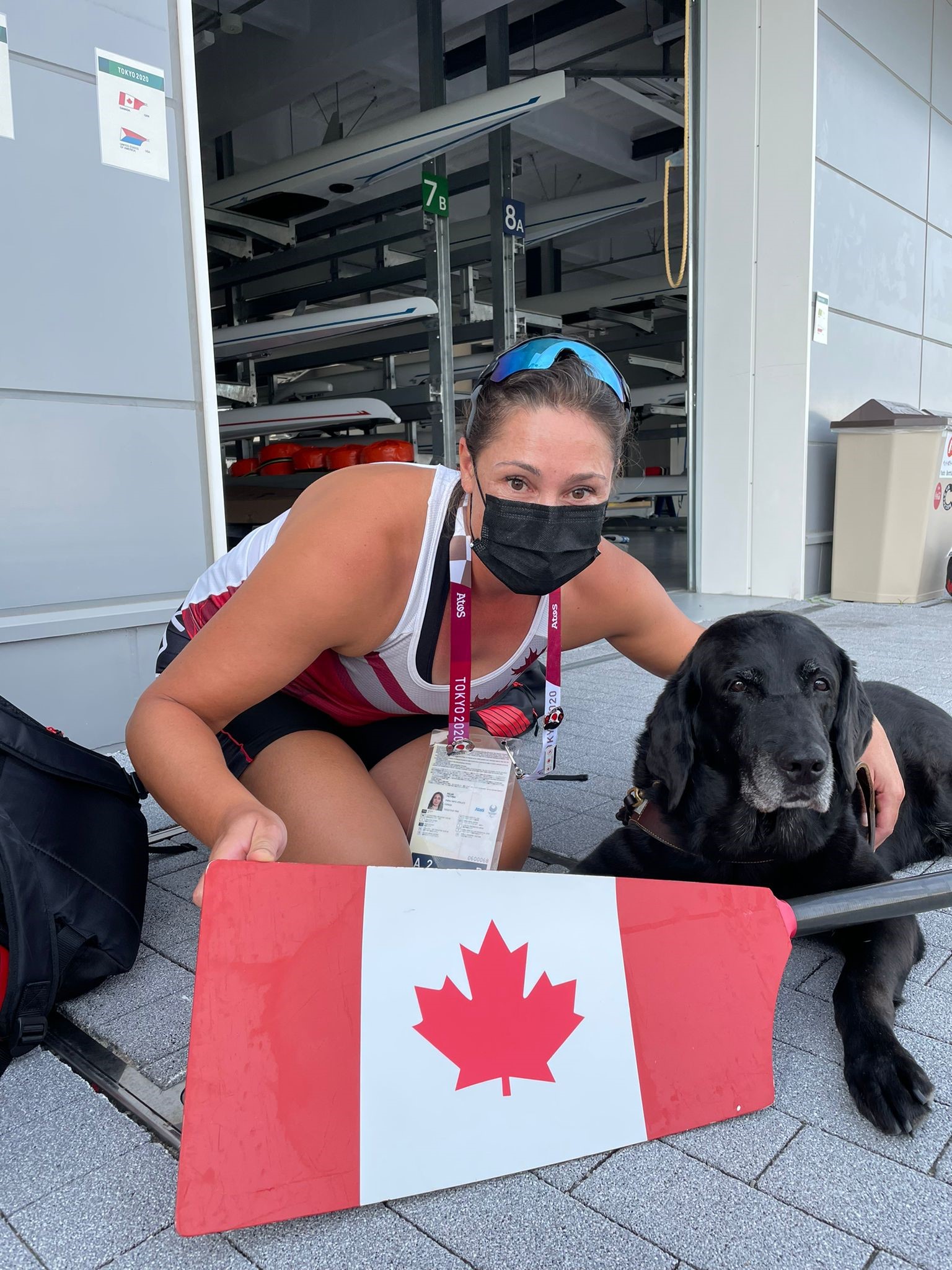 As a Paralympian proudly representing Canada on the international sports stage in rowing, I recently returned from Tokyo where, in the Athletes' Village, I went to restaurants and shops – all without hassle. All without being asked to leave and escorted to the exit. Contrast this with my experience in my home country, and it is a completely different story. Like so many other Canadians who rely on guide dogs, I  face discrimination frequently.

Although it’s illegal in Canada to deny access or refuse service to a person who is working with a guide dog, it happens far too often. In all of Canada's 13 jurisdictions, legislation prohibits discriminating against a person with a disability who's working with a service animal. Discrimination includes denial of access to any premises to which the public would normally have access – and it is typically rooted in ignorance.

What most people don't know is that in five provinces – British Columbia, Alberta, Ontario, Nova Scotia and Newfoundland and Labrador – police and RCMP have the authority to investigate a complaint of access denial under either the Service Dog Act or Blind Persons' Rights Act. These Acts state that anyone who is in violation of the Act has committed an offense and may be fined up to $5,000 under summary conviction. Although only these provinces have legislation that give police the authority to lay charges, a complaint can be filed with the Human Rights Tribunal in all provinces and territories , with fines of up to $10,000.

Just before I went to Tokyo to compete in the Paralympics, I was refused a reservation with a hotel on Vancouver Island, once I mentioned my guide dog would be accompanying me. Victoria, Vancouver, Edmonton, Winnipeg, Toronto, Ottawa and Halifax are just some of the cities where I've been refused rides with taxis and rideshare companies.

Hotels and taxis are among the most common refusals for guide dog teams in Canada. It is also illegal for them to charge an extra fee – yet that happens every day, too.

I've also been denied access to restaurants, cafés, schools, gas stations, pharmacies, malls, hair salons, gyms, hospitals and medical offices – you name it, it happens everywhere. Ironically, one day I had an interview with a radio station about guide dog access – and was refused entry to the building because I was accompanied by a guide dog.

Businesses need to familiarize themselves with the laws that affect them, and they need to uphold these laws – or it could be costly for them. Businesses must educate their employees about these laws and be aware of situations when it would be appropriate to ask a person who is accompanied by a dog to leave.

At a time when federal, provincial, and municipal governments and communities are focusing on accessibility and inclusion – and smashing barriers that stand in the way of Canadians with disabilities – it's time for businesses to step up and do their part. Guide dogs belong everywhere. It's the law. For more information about the legislation that protects guide dog teams, visit guidedogchampions.ca.

CNIB Response – AODA K-12 Education Accessibility Standards
October 01, 2021
In June 2021, the Ontario government published a report that contained 197 recommendations for Kindergarten to Grade 12 (K-12) Standards under the Accessibility for Ontarians with Disabilities Act (AODA). These standards aim to identify, remove, and prevent accessibility gaps and barriers faced by students with disabilities from kindergarten to Grade 12. A further 75 recommendations were put forward addressing the transition from K-12 to post-secondary, the community and/or the workplace.
Canada’s most accessible payment terminals are now in market!
October 12, 2021
To help provide a more inclusive customer experience, Moneris Core payment terminals are equipped with enhanced accessibility features.