Your voices: On the run | CNIB Skip to main content

Your voices: On the run

Everything you need to know about squat toilets

In October of 2017, myself and several friends from Canada had the 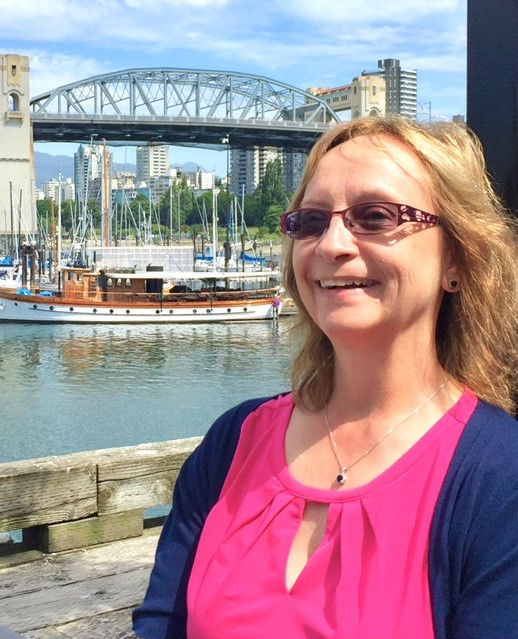 pleasure of travelling to China to attend the 13th World Dragon Boat Racing Championships in Kunming. The majority of us had never been to Asia before and were all very excited about visiting this very distant part of the world.

It was upon our arrival at the Kunming airport in the ladies' room that we first encountered squat toilets. There was a sign written in Chinese and English in one of the stalls stating to please not stand on the toilet seat. It took a few seconds to think why someone would stand on the toilet seat when we realized not everyone takes care of business in quite the same way!

We soon learned that squat toilets were the norm in many parts of China; this style of privy can be found everywhere in public restrooms. Unaccustomed to it, we women did our best to avoid using them. Eventually, however, the pressure was on and we had no choice. We were cheering on team Canada at the dragon boat races when the need became too urgent to ignore.

There they were, a dozen or so little porta-potty buildings lined up in a row. Only these were porta-squatties, not potties! One of us graciously held the other’s rain poncho and back-pack while the other mused over the wonders of China in the loo.

Now, here’s a blind perspective on using squat toilets. Yes, using a squatty without sight. This involves walking up the steps inside the stall and then positioning your feet accurately in a squat position. Then there’s the challenging task of locating the flusher and the trash basket for soiled tissue. It is possible to do this with some dignity, with lots of direction from a good friend!

My advice for using the squatty: watch where you step, have your own tissues handy and be prepared with hand sanitizer. I also suggest not reading while doing your business in a squatty, unless you are superb at holding a squat position!

Read more articles from the October, 2018 issue of Insight:

The CNIB Foundation’s Angela Bonfanti Chats with Joan Kelley Walker
June 25, 2020
Angela Bonfanti, the CNIB Foundation’s Senior Vice President of Foundation Programs, recently chatted with Joan Kelley Walker about how the Foundation is adapting its summer programming and fundraising initiatives in a time of COVID. Watch their chat and learn more!
CNIB Foundation offers free educational manual – The ABC’s of iOS: a VoiceOver Manual for Toddlers and Beyond! – to help children with sight loss learn how to use technology during the COVID-19 pandemic
June 23, 2020
TORONTO – June 22, 2020 – As students and families adjust to remote learning during COVID-19, the CNIB Foundation has released a free version of its iOS training manual for children with sight loss. The ABC's of iOS: A VoiceOver Manual for Toddlers and Beyond! ensures educators and family members have the tools to teach a child who is blind or partially sighted how to use iOS with VoiceOver.
CNIB Response: Small to Medium Business Barriers Consultation – June 2020
June 18, 2020
We are pleased to take this opportunity to respond to the provincial government's consultation on developing the small business success strategy for Ontario. There are approximately 681,000 Ontarians living with sight loss.
CNIB Response: Ontario’s Plan to Reopen Schools – June 2020
June 11, 2020
We thank the Ministry of Education for the opportunity to provide input into Ontario's plan to reopen schools and summer educational programs for students. It is estimated there are 1,500 to 2000 students in Ontario who are blind or partially sighted. For years, parents, students, educators and organizations have been advocating to improve the education system to ensure students with sight loss have opportunities to thrive developmentally and academically at every stage of their education.
Apply for a CNIB Scholarship!
May 20, 2020
Every year, the CNIB Foundation's scholarship program awards multiple scholarships to students who are blind or partially sighted in recognition of their academic aspirations and achievements. If you are pursuing a post-secondary diploma, degree, skilled trades certificate or apprenticeship program in the 2020/21 academic year, we want to hear from you!