Your Impact: Changing the life of someone who is blind | CNIB Skip to main content

Your Impact: Changing the life of someone who is blind

The moment Joshua Cook arrived at CNIB Lake Joe, he knew it was the beginning of a beautiful, lifelong bond.

"Before I went to camp, I felt isolated. I was the only person I knew with a visual impairment," says Joshua. "I wanted to be around other people with sight loss. Lake Joe really put things into perspective for me." 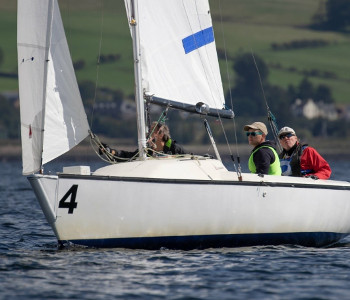 Diagnosed with Stargardt disease as a child, Joshua began to learn how to sail through the Camp Abilities program at CNIB Lake Joe in 2012. Six years later, he represented Canada at the World Blind Sailing Championships in Scotland.

"If I hadn't been introduced to sailing at Lake Joe, I never would have learned those skills or gained the confidence I have," says Joshua.

In 2017, Joshua wanted to give back to the people who shaped his life – he officially became a CNIB Lake Joe counsellor.

"I wouldn't be the man I am today, if it weren't for Lake Joe," says Joshua. "I want to show young campers what it's like to live with sight loss. Camp life is for everyone!"

His experience has been rewarding and empowering.

"I'm surprised every day. It's inspiring to see what people can achieve with limited vision," says Joshua. "Blindness is a gift, not a curse. There are so many things you can do! Don't put limitations on yourself."

Read more articles from the July 2019 issue of On Target:

On Target is published quarterly. Missed an issue? Catch up here!

Ninety years later, voting is still not accessible in Canada
December 02, 2020
The Canadian Charter of Rights and Freedoms gives Canadian citizens the right to vote. But for many Canadians living with sight loss, voting isn’t as simple as walking into a voting booth and checking a name on the ballot. It’s an inaccessible process that involves little to no secrecy, and numerous barriers.
TTC CNIB Transit Pass Update
November 23, 2020
In 2018, eligible CNIB clients were provided with a new CNIB TTC card to use when travelling on the system. This card is set to expire on January 31, 2021. The TTC will be extending the expiry date to January 31, 2024.
Travel restrictions lead to increased demand for CNIB Guide Dogs
November 19, 2020
Travel restrictions, including border closures caused by COVID-19, have resulted in a 300 per cent increase in interest for CNIB Guide Dogs applications.

Guide dog handlers who have travelled to the United States in the past to obtain a guide dog are now looking for a "made in Canada" solution as soon as possible.
Unleashing your imagination through braille
November 05, 2020
For Maggie Wehrle, writing has always been a passion. With rod-cone dystrophy, a condition that causes her eyes to refuse to stay still and focus on an object, she's found her storytelling voice through braille.
CNIB announces new partnership with Vispero (Optelec, Freedom Scientific, Enhanced Vision)
November 03, 2020
TORONTO, November 4, 2020 – CNIB, Canada's largest non-profit serving people with sight loss, has signed a new partnership agreement with Vispero, the world’s largest assistive technology provider for the visually impaired.
END_OF_DOCUMENT_TOKEN_TO_BE_REPLACED