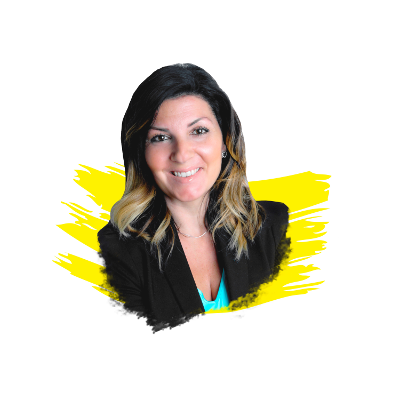 Angela was first introduced to CNIB as a child when her father was diagnosed with retinitis pigmentosa and began to lose his sight. She joined the CNIB team after working for the federal government as a political staff member for nearly a decade. As the national director for stewardship and donor engagement, she supported the creation and implementation of CNIB’s strategic plan: The Path to Change. Angela led a number of efforts, including the development and endorsement of the Canadian Patient Charter for Vision Care and the Comprehensive Vision Rehabilitation Model of Care. When she moved into the role of national director for strategic relations and engagement, she helped with leading CNIB's first country-wide election strategy. Since then, she was instrumental in the launch of the CNIB Foundation and its inaugural community hub at Yonge and St. Clair in Toronto, as executive director for the GTA. 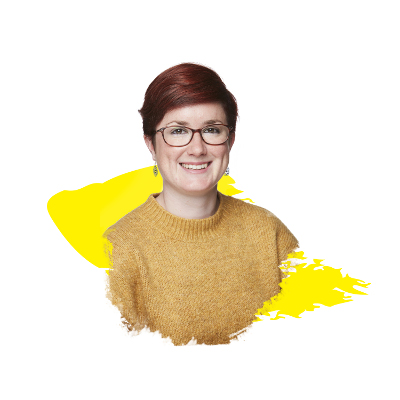 Kat has been a passionate advocate and occasional activist for equal rights for many years. While working for the Government of the UK and witnessing the systemic injustices in our society, Kat has worked on a number of successful advocacy campaigns with the Royal National Institute of Blind People (RNIB) in London, England. She brought her experiences and expertise to the CNIB team in 2016 with a desire to smash barriers to inclusion for Canadians who are blind or partially sighted. At CNIB, Kat led ShopTalk: BlindSquare Enabled, a tech-supported program designed to make Toronto’s Yonge and St. Clair area the most accessible neighbourhood in Canada. Currently, Kat manages CNIB’s relationships with our provincial governments, and she’s working with the CNIB Foundation’s advocacy team to modernize Ontario’s assistive devices program (ADP) through the ReVision ADP campaign. 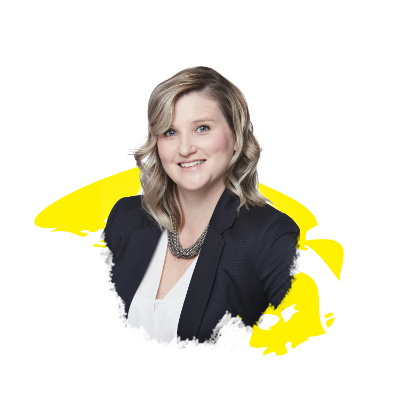 Suzanne joined CNIB in 2005 as an Independent Living Skills Specialist for Toronto’s Intensive Rehabilitation Training Centre. In 2009, she became Regional Manager, Service and Operations, Greater Toronto Area (GTA). In addition to managing a team of 17 post vision loss rehabilitation professionals, Suzanne was instrumental in developing a structure and process for the organization’s fee-for-service model, focusing on workplace accommodations. This service fosters inclusion in the workplace and provides employers and employees with personalized accommodation plans. In 2016, Suzanne led the team of program leads who developed the first suite of CNIB Foundation offerings, as Manager, Operations and Lead, Peer Support, GTA. 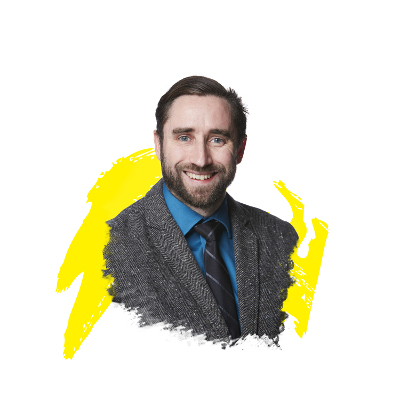 David joined the CNIB Foundation team as Executive Director for Quebec in September 2017. A few years earlier, he suddenly lost his sight in the midst of a promising career.  He promptly reached out to CNIB to learn how to use assistive technology, and went back to university to study public and community affairs. Shortly after graduation, he began working for eSight. David has always been a vocal advocate for people with sight loss. Prior to joining the CNIB Foundation team, he volunteered as an advisory board member and ambassador. His goal is to ensure people who are blind or partially sighted have the confidence, skills and opportunities to lead fulfilling lives. 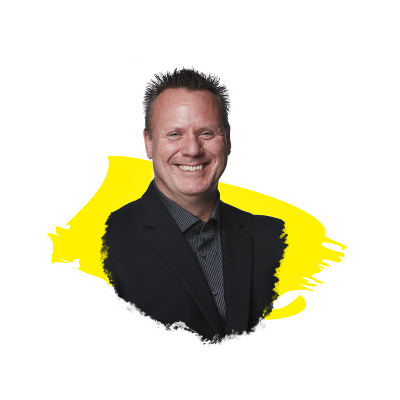 As someone living with sight loss, Rob can speak to the benefits of CNIB programs and services. Prior to becoming the executive director for Ontario West, he was the regional manager for Northwestern Ontario & Timmins for CNIB. Previously, he worked in public education, health promotion and program management for national organizations, including the Canadian Diabetes Association and the Canadian Cancer Society. Rob is a vocal advocate for accessibility who has extensive experience working with committees and organizations, including the University of Guelph Sport and Recreation Equality on Campus program, the Thunder Bay Regional Health Sciences Centre Accessibility Advisory Team, CNIB Ontario's Advisory Board and Advocacy Committee, Transportation Standards Development Committee (SDC) and the Accessibility Directorate of Ontario (ADO), and a variety of municipal initiatives. 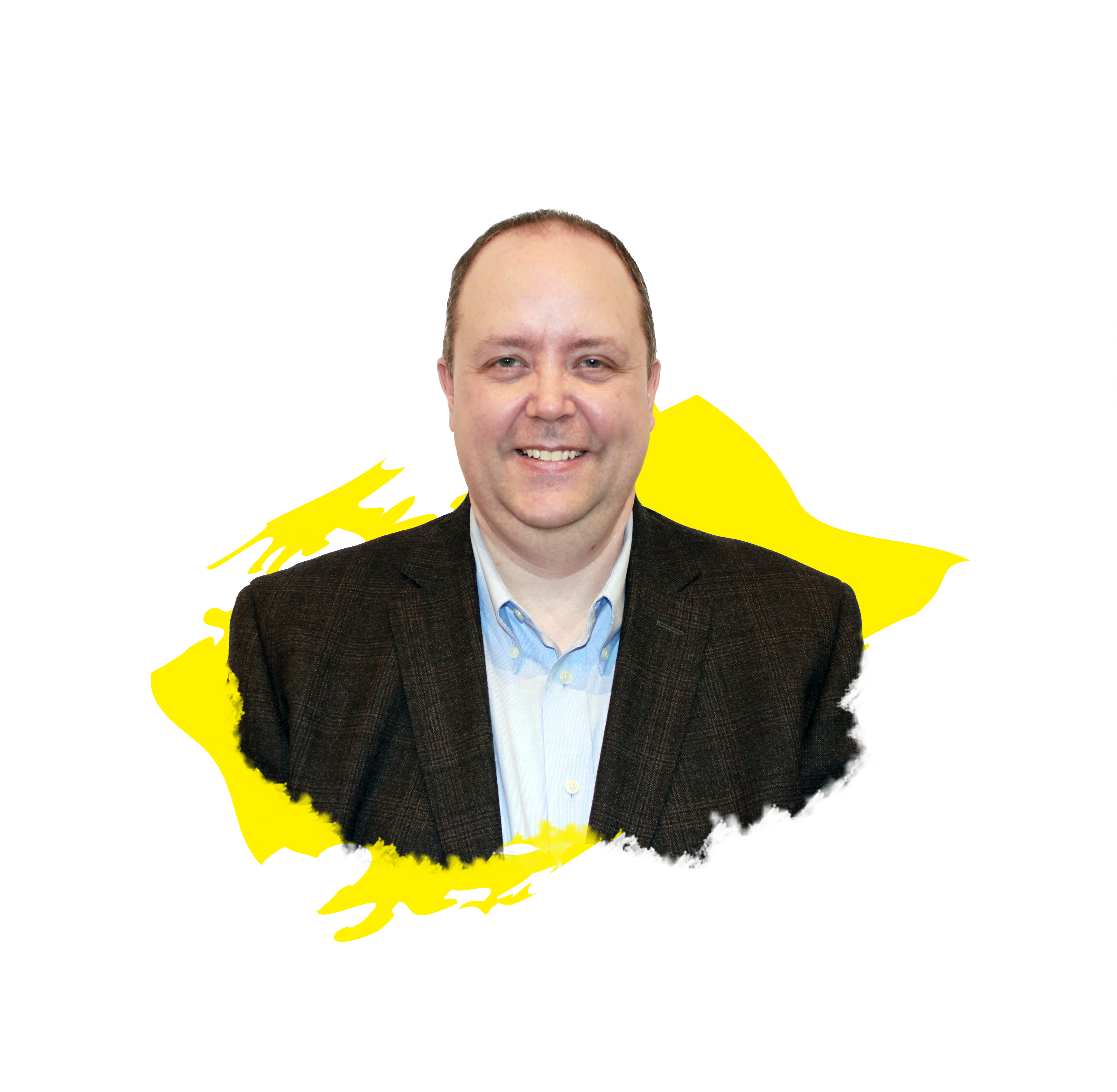 As someone who has encountered the barriers that many people with sight loss face when seeking employment, Wayne Henshall is passionate about opening doors to talent with sight loss. Prior to becoming the Manager, Career Support Program and Impact Evaluation for the CNIB Foundation in July 2018, Wayne assisted with the development of CNIB's new career support program, Come to Work, as an intern. Wayne was instrumental in establishing and launching the program that connects job seekers who are blind or partially sighted with employers who want to discover the full potential of Canada's talent. During his 20-year career with IBM and Lenovo, Wayne honed his management skills while developing and implementing customer service policies and procedures for the multinational tech companies. 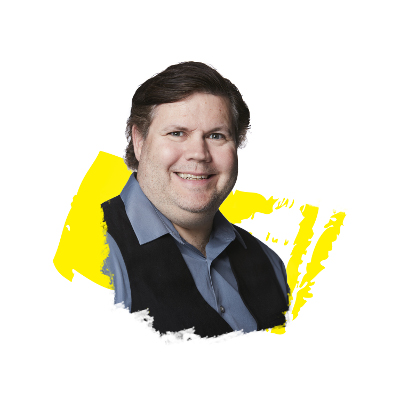 Duane first walked through the doors of CNIB as a young client looking for vision loss rehabilitation services. In 2008, he officially joined the organization as the Specialist, Career & Employment and Assistive Technology for Newfoundland and Labrador. As manager of programs and services, he honed his skills in program development. He has extensive experience in public education, peer support and advocacy. As a former member of advisory committees for universities and colleges, Duane is passionate about improving the post-secondary experience for students living with sight loss. 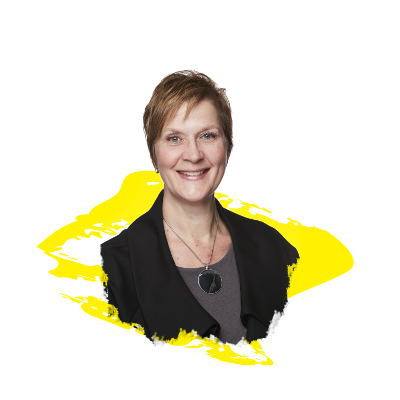 Monique joined CNIB as coordinator, volunteer services in 1989. In that role, she developed and implemented a new volunteer program for the Sudbury-Manitoulin District. For 23 years, she managed the CNIB Medical Mobile Eye Care Unit (CNIB Eye Van), a program that serves 4,500 Northern Ontario patients annually. Under her leadership, the program achieved international recognition. In 2010, Monique received the CNIB Grace Worts Staff Service Award in recognition of her outstanding commitment to the advancement of services for people living with sight loss. As regional director for CNIB Ontario North, Monique led the implementation of The Path to Change in Northern Ontario. 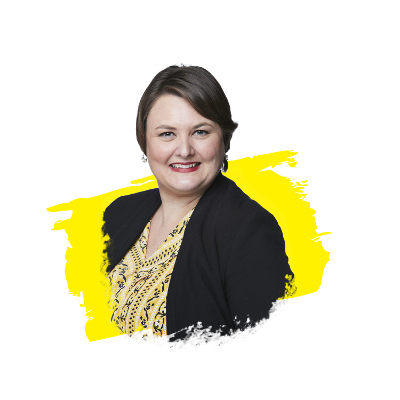 A former broadcast journalist for one of Canada's largest media companies, Shannon joined CNIB in 2011 as a Communications Specialist in Ontario. In that role, she helped craft and implement a multi-dimensional communications strategy to support The Path to Change, CNIB’s strategic plan that was a game-changer in revolutionizing the health care rights of people with sight loss. As the CNIB Foundation changes what it is to blind, Shannon and her team are hard at work promoting innovative programs, including Come to Work, Phone It Forward and CNIB Guide Dogs, and supporting powerful advocacy campaigns, like Re-Vision ADP (Assistive Devices Program), to help smash social and systemic barriers for Canadians with sight loss.